The Best New Music in Seattle’s Oldest Saloon
There are few establishments that have stood the test of time, and even fewer that have changed the landscape of American music. The Central Saloon has accomplished this while remaining at the forefront of live music all while being the oldest saloon in Seattle.

In its lifetime, the Central has served as a café, post-office, employment hall, and even a brothel. Through each lively occasion, it has contributed to a dynamic and rich history in Seattle. Today this energy still resonates through our walls and continues to draw patrons back time and time again.

Paying Homage to the Past
Like a phoenix, the Central was born out of fire --the Great Fire of 1889. Three years after settlers began to rebuild the city, the Central was opened by Mr. Thomas Watson and was originally known as “The Watson Bros. Famous Restaurant.” Nine years later, Mr. Watson sold the business to Mr. Jamison and Mr. McFarland who aptly named it, “The Seattle Bar.”
‍
Soon a gold rush hit the Yukon and business was booming; So good that in 1903 Jamison and McFarland opened a second location, “The J&M Hotel and Saloon.” In 1907 the Central was sold to Mr. Master and Casey. During this time, the Central was filled with the new faces of miners, loggers, sailors and other rugged adventurers that had a thirst for opportunity; and, of course, for gold.
‍
Seattle was developing into a hub of the Great Northern Railway and a major Pacific Seaport. In 1919, as the seaport and commerce began to expand, the Central became “The Central Café.” This name held until the 1970s. Shortly thereafter, Pioneer Square was declared a historical site.

The Birthplace of Grunge
The 1980s were a sea change for the Central. It saw new ownership and with that, a strong desire to bring live music to the venue. In time, the charming venue became the birthplace of Grunge. American music greats such as Alice in Chains, Soundgarden, The Melvins, Mother Love Bone, and Nirvana all have played at the Central.
‍
In 1986 ‘Sub Pop Records’ was formed by Bruce Pavitt and Jonathan Poneman who began recording and releasing records by two bands that would end up drawing interest towards Seattle’s music scene: Green River and Soundgarden.  This genre was eventually named ‘grunge’ by Pavitt and Poneman, its name aptly reflecting the aesthetic and gritty sound.
‍
The Central was a venue for many of Sub Pop’s bands because the music was considered original, unpolished and unapologetic.  They needed a home that would allow them to play their music and not just covers.  April 16th 1988 was the first show that Nirvana played in Seattle and it's the same place the Bruce Pavitt and Jonathan Poneman saw them live for the first time. It was at the Central where Sub Pop saw them perform live for the first time and Bruce Pavitt said, “There might have been 10 people in the room and I wasn’t that impressed...but felt Kurt had a good voice...and that we should do a single with [them].” From there the relationship was formed with Sub Pop and Nirvana, and they would be the label to release Nirvana’s debut album.
‍
Anyone who frequents the Central knows that there’s something special about it besides being one of the last original antique saloons in America. It takes a unique and vibrant environment to foster this creative energy for over a century and continue to do so.  Like Abbey Road or Muscle Shoals, there is just something powerful about grunge music and Seattle- the Central Saloon being directly in the epicenter. We strive to foster a welcoming and creative environment for all, and even occasionally live stream our shows for those who can’t be here in person.

Where to Find Us

Standing the test of time, the saloon rests in the heart and soul of Seattle’s historic Pioneer Square. Our culturally rich neighborhood provides a wide array of shops, restaurants, accommodations, and amenities for locals and visitors across the world.

Fortunately, Pioneer Square is easy to get to; it is at the center of several transit options and is the one of the most walkable neighborhoods in the city. Visit the contact page for our address, parking information, and relevant contact details.

Consider subscribing to our email list for new updates and announcements so that you can learn more about our upcoming shows on the events calendar so you don’t miss out! For a list of information and other common questions, check out our FAQ page.

We’re here and we aren’t going anywhere. So come on in, order a burger, grab a drink (or two), pick up some merch, and experience the thrill of live entertainment with us wherever you might be -- see you soon! 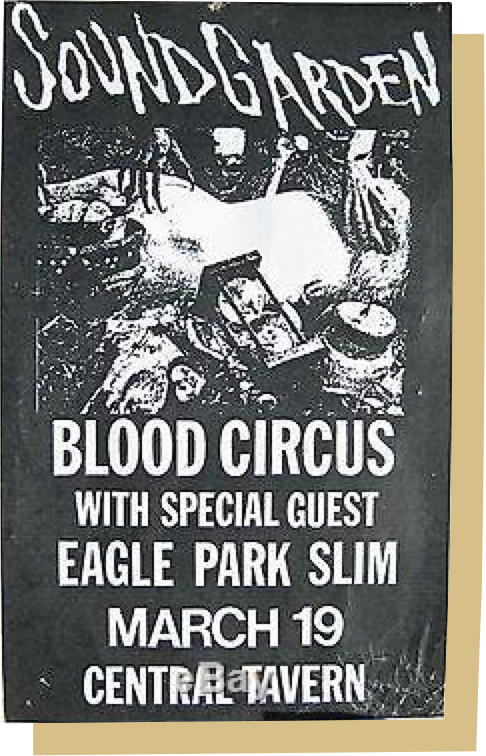 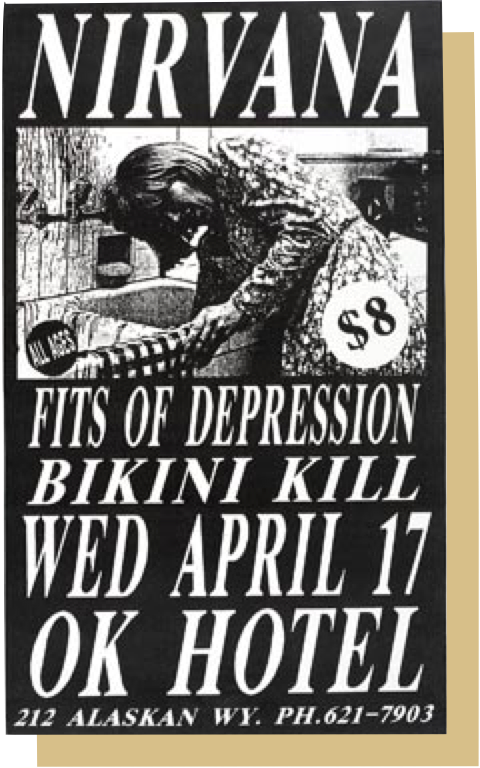 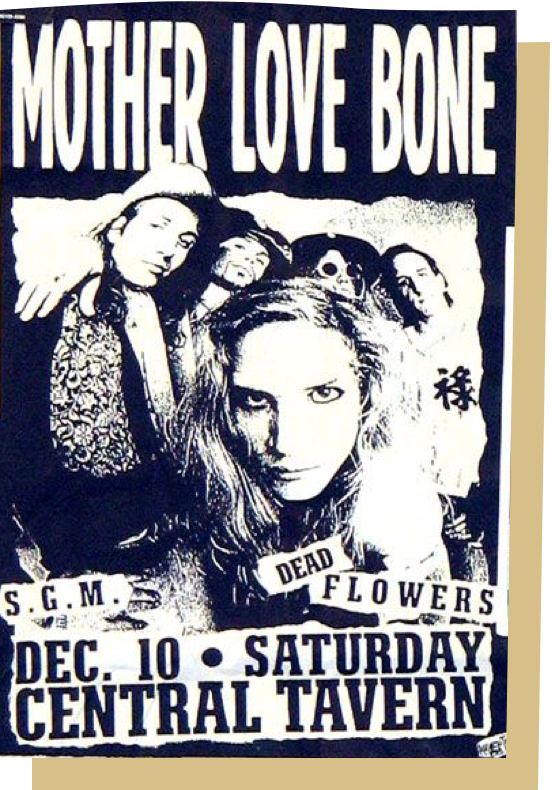 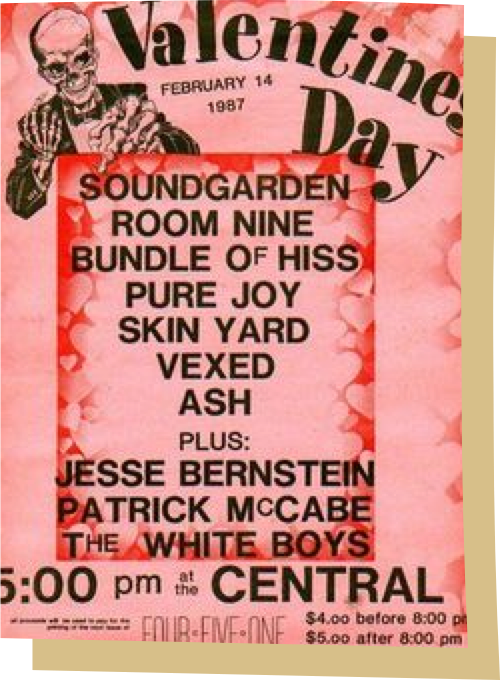 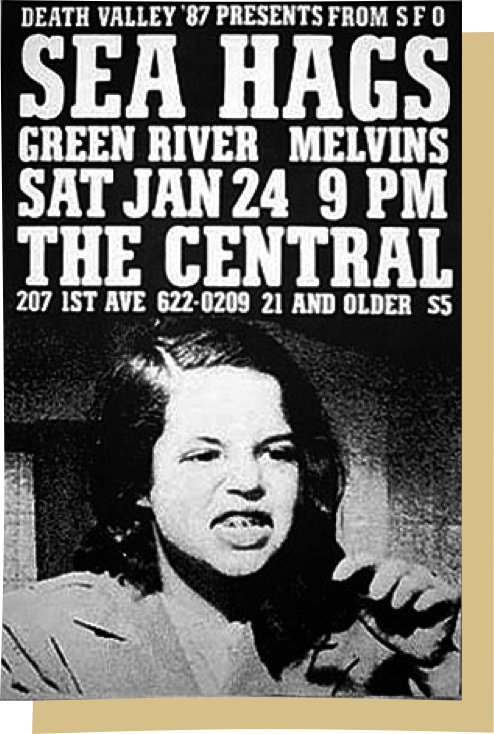 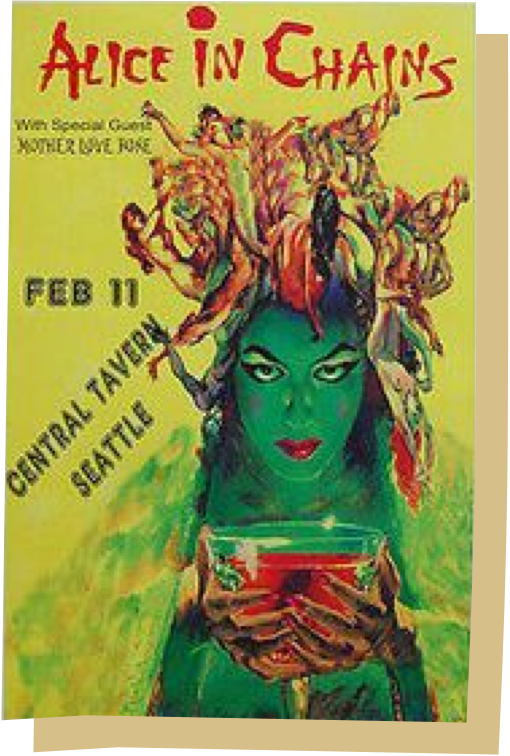